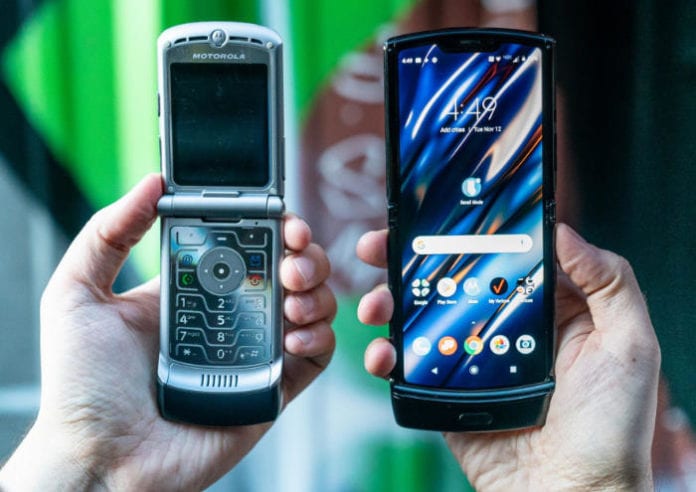 Hello, it’s your flip phone from 2004 calling. Remember back when phones fit into a shirt pocket? And closed up with a thunk?

Motorola is planning a December comeback of its oh-so-thin flip phone, the Razr, according to washingtonpost.com. But this reboot is an Android smartphone with a large touch screen that folds in half. And this Razr has a price that might make you flip out: $1,500.

At an event Motorola held in Los Angeles, I got to spend a little time with the new Razr ahead of its launch. I came away impressed with the seamless, bendable-screen tech — first seen this fall on Samsung’s Galaxy Fold — that’s enabling a return to smaller phones. But this particular design trades heavily on a retro appeal that doesn’t quite deliver in 2019’s era of ultraexpensive smartphones, according to washingtonpost.com.