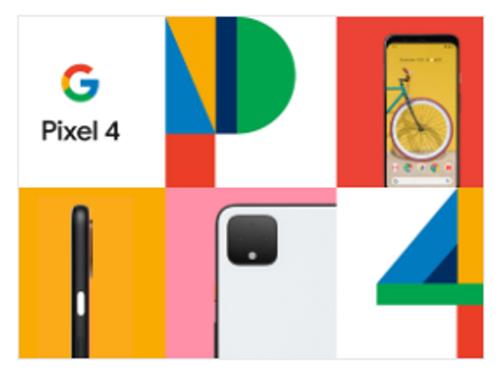 Google has unveiled its new Pixel 4 smartphone, offering an improved Google Assistant, the new Motion Sense system for gesture control, an upgraded camera and a new Recorder app that also transcribes speech, according to Telecompaper. The Pixel 4 will ship globally from 24 October.

The standard 5.7-inch Pixel 4 is priced from USD 799, and the larger Pixel 4 XL with 6.3-inch display costs from USD 899. Google said it will offer increased distribution, with the Pixel phones available with all US operators and major MVNOs.

One of the main innovations of the Pixel 4 is the Motion Sense feature. This uses the company’s Soli sensor, based on radar technology, to detect motions around the phone and enable gesture controls. For example, when the sensors detects the user reaching for the phone, the face unlock is launched. The screen is then locked when the user is no longer nearby. ‘Quick Gestures’ available using the sensor include skip songs, snooze alarms, dismiss times or silence the phone ringer with a wave of the hand, according to Telecompaper.

Also new is the Recorder app, to record meetings, lectures or music to listen to later. The app builds on Google’s expansion in speech recognition with the ability to create live subtitles from the recorded speech and search for words or sounds in the recording. The transcription is available initially only with English.

As with all Pixel phones, the new devices are designed to integrate closely with Google services, and especially the Google Assistant. The Pixel 4 is „here to help”, according to Google, with an even faster Assistant thanks to improvements in speech processing. It also processes more requests on-device, rather than sending data to the cloud. In addition, the redesign makes the Assistant smaller on the home screen, to help with multi-tasking in other apps, according to Telecompaper.

For US users, Google added the Personal Safety app. Similar to the EU’s eCall system in cars, the app can automatically call 911 if it detects the user was in a car accident.

The upgraded camera comes with a new second telephoto lens, in addition to the main camera. Google said new camera features include the improved Night Sight mode for taking pictures of the sky at night, which will also come to older Pixel phones, greater brightness controls to fine-time shadows and Live HDR+ in the viewfinder, to get an idea of what pictures will look like after HDR processing.

The phones come with 6 GB RAM and a choice of 64 or 128 GB storage, wireless and 18W fast charging, and batteries of 2,800 and 3,700 mAh respectively. Three colours are available: white, black and a limited edition orange, according to Telecompaper.

In addition to the new phones, Google updated the Pixel Buds wireless headphones. Designed to block out background noise and adjust to the surrounding sound level, the Bluetooth buds have a low profile, button appearance in the ear. Google said they offer up to five hours listening on a single charge and up to 24 hours with the updated wireless charging case. The new Pixel Buds are priced at USD 179, but will not be available until next year, starting first in the US.

While Google has dropped out of the tablet market, it continues to make computers and introduced a more affordable version of its Pixelbook laptop, running the Chrome OS. The 13.3-inch Pixelbook Go is priced from USD 649 and brings the power of the original Pixelbook in a lighter, slimmer profile. Designed for mobility, the device weighs less than 2 pounds and promises up up to 12 hours battery life, according to Telecompaper.

The Pixelbook Go is available to pre-order in the US and Canada, and orders will start in the UK in January. 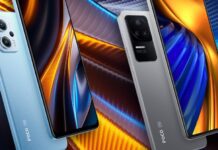 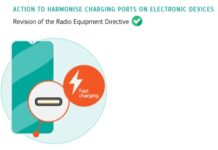 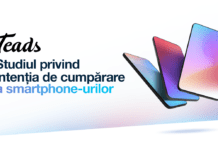